Statler Nagle’s recent marketing success with the Alliance for Lifetime Income as the sole sponsor of the Rolling Stones No Filter U.S. Stadium Tour was featured in an Association of National Advertisers article, “Giving Boomers the Right Impression,” by John Obrecht.

The article explores a variety of strategies and particular campaigns that have been especially effective in reaching the baby boomer age group, which includes people born between 1946 and 1964. Obrecht sites that although boomers have an estimated 54 percent of the household wealth in the U.S., it is an age group that is often approached in the wrong way or simply neglected by marketers.

Jean Statler gave her perspective on why the partnership between the Alliance for Lifetime Income and the Rolling Stones was so significant:

“Our point with the sole sponsorship of the Stones was to get access to their 15 million concertgoers and their 25 million social media followers,” says Jean Statler, executive director of the Alliance. “It was the biggest event of the summer in the United States.” But the Rolling Stones offered something much more than numbers. They represented the new ideal of aging that many baby boomers embrace wholeheartedly. “They embody the new retirement,” Statler says, referring to the Stones. “You don’t retire. You just continue doing what you love.”

Jean goes on to tell ANA, “The concept is you live with risk throughout your life but you don’t want to retire with risk.” That’s why the Alliance’s campaign showcases videos, ads and other content featuring people like Oceanographer James Moskito, jet-car racer Elaine Larsen and production director for the No Filter tour, Opie Skjerseth, who have risky careers, but find security in their annuities.

To read the full article and learn more about how to effectively market to the still-vital baby boomer generation, visit: https://www.ana.net/magazines/show/id/ana-2019-11-marketing-to-baby-boomers. 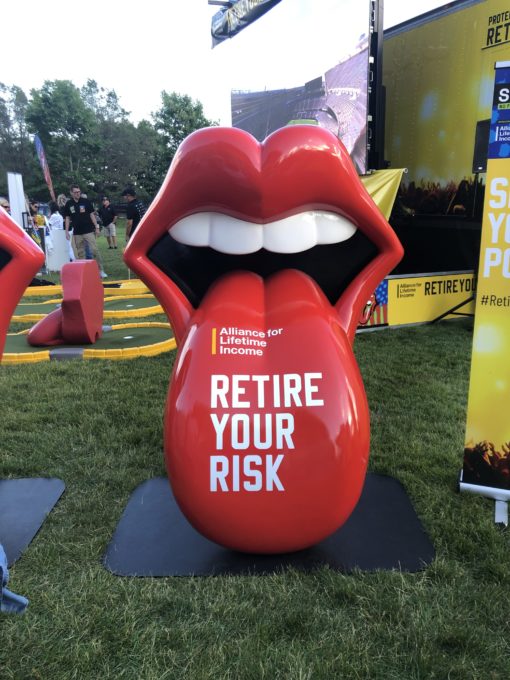